Still On Amvca 2017; Here Are The Celebrity Red Carpet Looks That Stole The Show 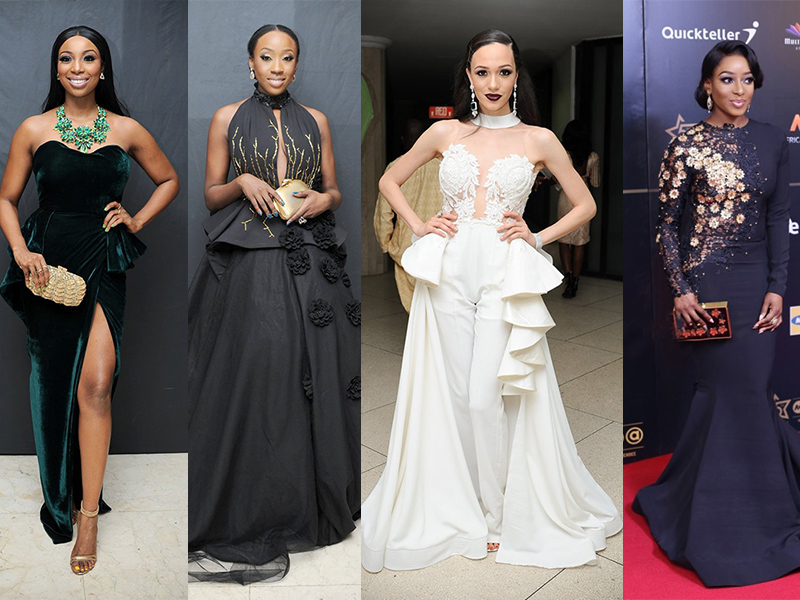 It was all about glitz and glamour last Saturday night, as Africa’s biggest stars gathered to honour their own at the fifth edition of the Africa Magic Viewers Choice Awards (AMVCA) 2017, held at the Eko Hotel and Suits Victoria Island.
For an award which holds so much prestige in the African film industry, no red carpet enjoys such scrutiny and no event attracts a guest list so star studded.
Everyone who is anyone, made an appearance on the red carpet and the night was inevitably filled with haute couture, glitzy gowns and thousands of classy accessory. Movie stars and celebrities made special efforts on the style front this year, which proved to be an improvement on the last.
From Rita Dominic’s LDA custom dress to Nana Akua Addo ball gown, here is a round up of ladies who rocked the red carpet at the AMVCA 2017.