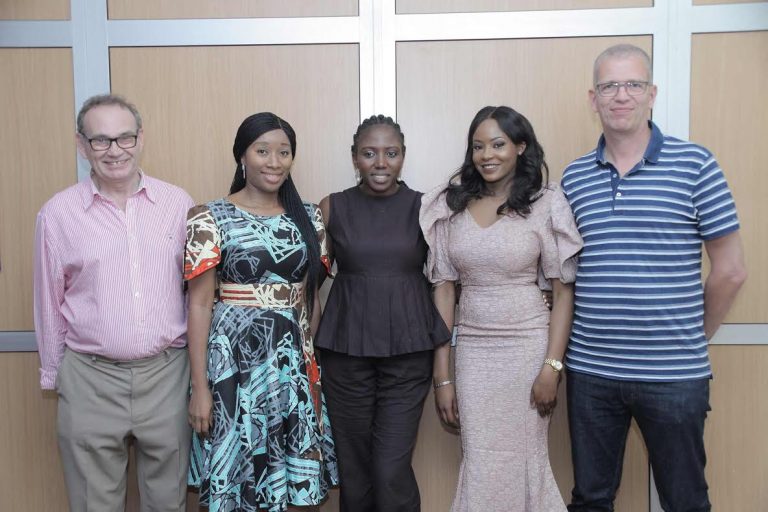 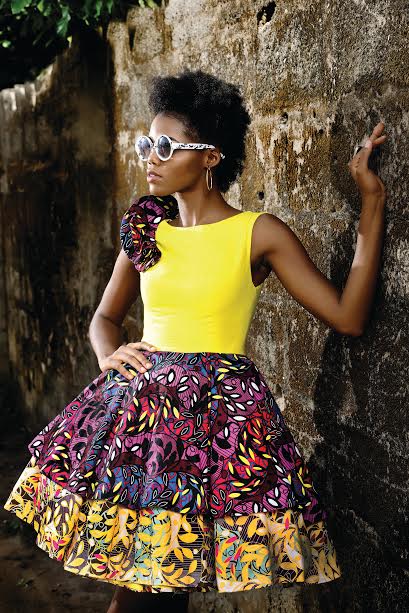 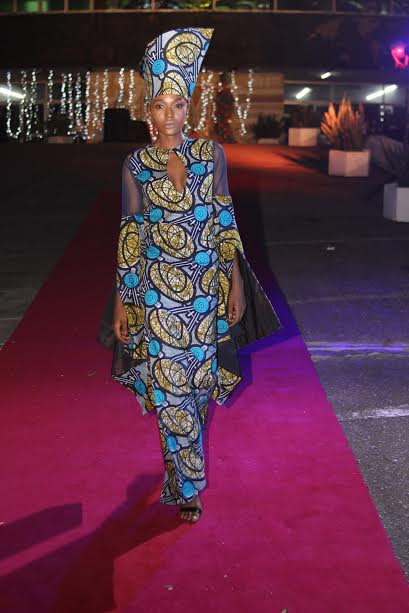 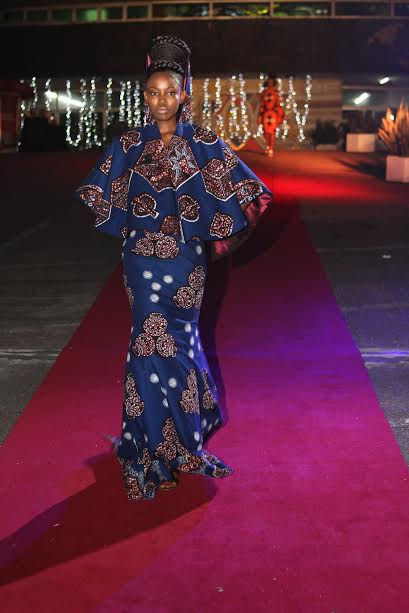 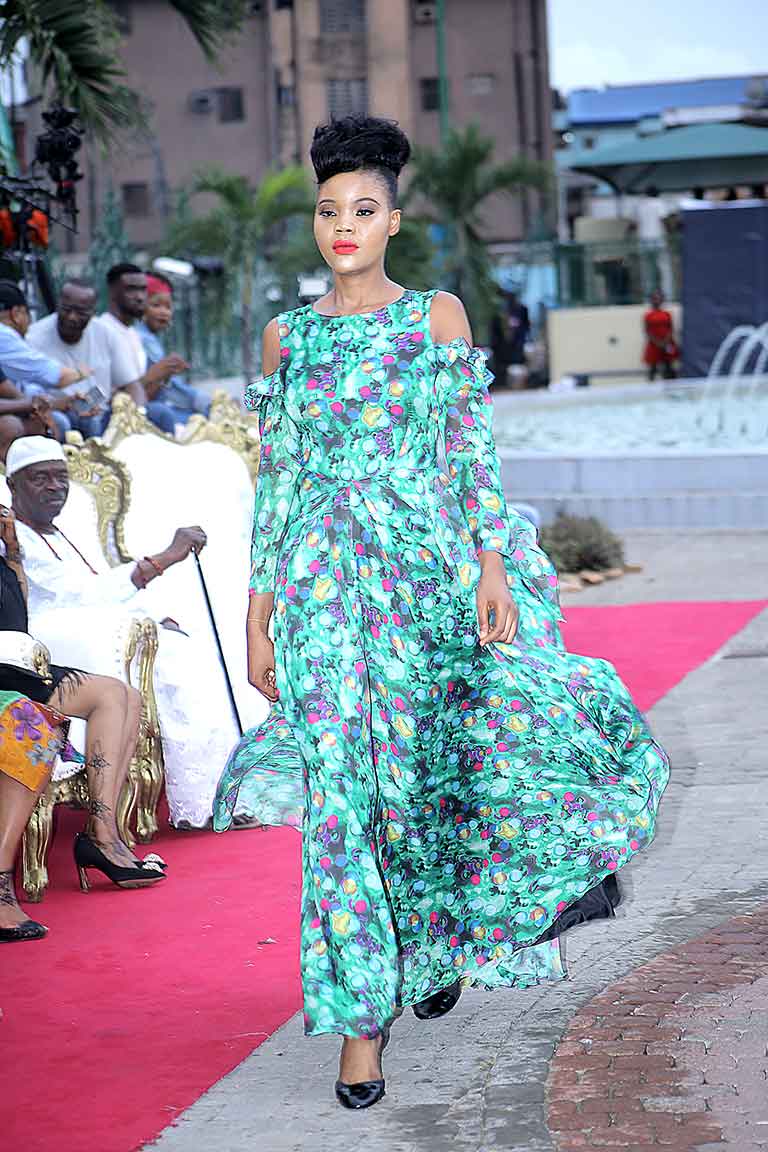 Lagosians were treated to a spectacular fashion show last weekend as the Africa Fashion Week Nigeria (AFWN) held a first of its kind Iconic catwalk show in the city centres.  The show which was in collaboration with the Lagos State government  and held on April 1st and 2nd at two major historical centres in Lagos; the National Arts Theater and the Tinubu Square Lagos, was primarily to showcase iconic centres in Lagos and consequently promote tourism in Lagos State, through fashion.

For two days Attendees and passersby were treated to a fashion extravaganza, which posed a rare opportunity to fully appreciate the artistic expressions of the young talented designers from Nigeria and other African countries and how they will dictate trends in the industry.

A main highlight of the show was the re-launch of the ABC Wax by textile company DaViva, prolific designer; Zizi Cardow gave the new ABC wax a fresh breath of life with a stunning array designs ranging from colourful day wear to floaty evening wear and the avant garde collection.

For Steven Dutton group marketing manager DaviVa, the idea of the re-launch through the fashion show, was to demonstrate how the ABC can be used in fashionable ways, as well as to build the brand through relationships with upcoming fashion designers, which he says is one of the reasons why the company sponsor’s the AFWN “because we believe the future is about fashion.”

The media focused event, which is a preliminary to the Africa Fashion Week Nigeria 2017, sheduled to hold in May, was  staged  to celebrate the rich cultural heritage of Lagos State and is dedicated to commemorate the state’s 50th anniversary.  Speaking about the iconic catwalk show, Organiser of The Africa Fashion Week Nigeria Ronke Ademiluyi said the event was a unique opportunity to gain insights, appreciate the beauty, versatility of African fabrics and fashion while showing the world a glimpse of Nigeria’s rich sites, heritage and culture.  The event was attended by top personalities in the fashion industry, royal chiefs from Lagos and  representative of the Lagos State Government Hon. Adebimpe Akinsola amongst others.