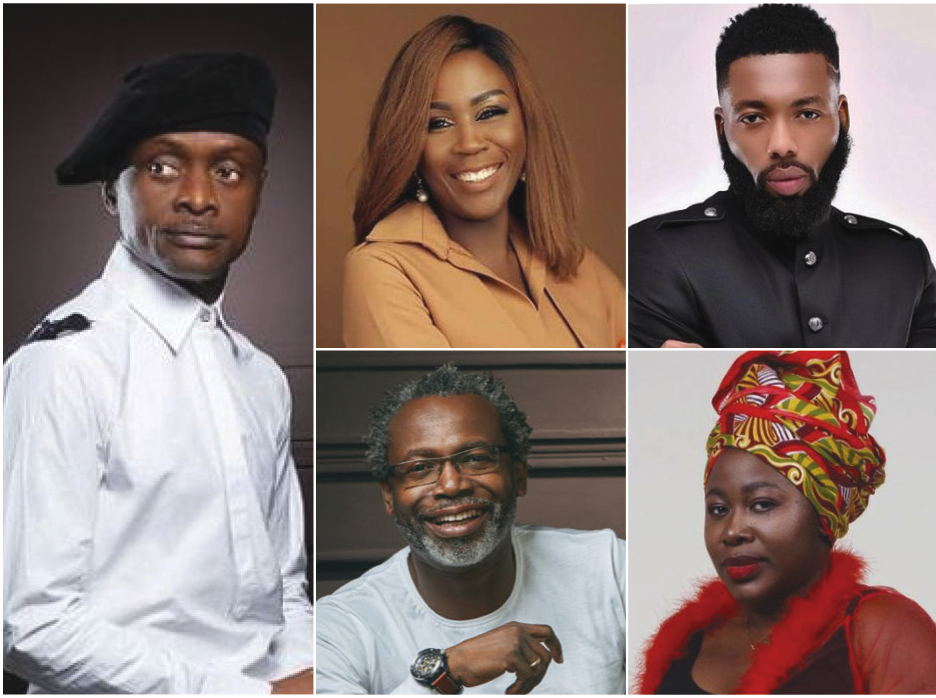 The creative industry has emerged as one of the world’s most dynamic economic sectors, offering vast employment opportunities for today’s youths.

From the very first innovators to the current boom of fashion entrepreneurs, there have been incredible individuals who have paved the way for others in the creative industry to excel, through their excellent craftsmanship.

Feel inspired by some of the incredible achievements of these personalities who have changed the face of the creative industry over the last ten years and beyond.

Think of Tara Fela-Durotoye and you think of make-up, the first international standard makeup studios in Nigeria and Africa’s first indigenous makeup brand that caters to women of colour.

The CEO, House of Tara International is credited with bringing glamour and panache to makeup artistry, making it an attractive career for graduates and well-groomed ladies to feast on.

With a huge interest in beauty and making people look good, Tara Fela-Durotoye started House of Tara International in 1998 while studying Law at the Lagos State University. She came to limelight when she was featured in Ovation Magazine as the make-up artist for then TV girl, Jumobi Adegbesan’s wedding to Richard Mofe-Damijo. Over the years, the brand has grown to be one of the biggest in the beauty industry in Nigeria and Africa, with about 270 products, 23 stores, 14 beauty schools and 10,000 representatives all around Africa. She is the founder and CEO of House of Tara International and creator of the Tara Orekelewa Beauty range, Inspired Perfume and the H.I.P Beauty range.

Her strong passion for female empowerment gave birth to the ‘Beauty Entrepreneur scheme’, which has helped a number of women to own their own beauty businesses. Mrs. Fela-Durotoye has also created thousands of jobs, having trained over 7,000 professional Makeup Artistes (MUA) both at home and abroad. All of these professional MUAs have gone on to start their own beauty businesses and excelling in them.

Recorgnising her hard work and giant strides in the industry, Mrs Fela-Durotoye has received a number of notable awards and accolades. In 2007, Tara Fela-Durotoye was awarded the Africa SMME Award and the Entrepreneur award in South Africa in 2013. In 2013 also, she was listed by Forbes Africa as one of “20 Young Power Women in Africa”. A list which illuminated the brightest stars and Africa’s most outstanding female game changers aged 45 and under.

Tara also made Forbes list of “Africa’s 50 Most Powerful Women” an award that considered women who are leaders, influential, consistent and have created an impact in Africa.

She was also a recipient of the National Recognition Award for her contribution in social impact and job creation, which was presented to her by the Vice President of Nigeria, Prof. Yemi Osinbajo and the YouWIN! Connect Award of Excellence at the first edition of the YouWIN! Connect Enterprise Education Book and Awards.

The brand, Mudi Africa is famous for its unique Afrocentric style. Founded in 1993 by Clement Mudiaga Enajemo, simply known as Mudi, the brand has over the years proven to be one of the most formidable names in the fashion industry in Africa.  Setting out from a humble background, Mudi Africa, which berthed from a single room at Ikosi-Ketu, now has various branches within and outside Nigeria.

Living up to its brand name Mudi Africa, Mudi as he is fondly called, was the first Nigerian designer to take his products abroad by opening stores in other African countries; Senegal, South Africa, Kenya and Accra Ghana where he has become popular.

Known to offer top-notch quality to its customers, the brand has over the years assembled a wide clientele base which cuts across the African continent, among which are Presidents, State Governors, CEOs, celebrities, models, actors, amongst others.

The native of Delta State has received a number of awards for his sterling craftsmanship including: the Most Influential Person in Fashion (2012), Elegance and Style Award (2011), Fashion and Style Digest Award (2010), Entrepreneurship Business Development and Innovations by PILAS, (2017), amongst others.

Interestingly, Mudi does not believe in fashion shows, and you might never see his outfits on the runway.  The designer is of the view that your work should speak for you, as he continues to beautify other parts of the continent and beyond with his designs.

Jeremiah Ogbodo also known as Swankyjerry, has carved a niche for himself as the go-to stylist in Nigeria.

Since his debut with the launch of his brand Swanky Signatures Styling in June 2012, his brand has since grown to become one of the most popular and influential brands in the industry. Creative director, celebrity stylist, Image Consultant designer, social influencer and consultant are just a few titles under his stylish belt.

His avant-garde style endeared him to many; top celebrities, government officials, including presidents and CEOs.

Aside from styling clients for red carpet appearances and video shoots, coverage of his work has appeared in numerous magazines and online publications.

In 2014, Swankyjerry won Fashion Stylist of the Year at the Lagos Fashion Awards.

His work was recognised by Forbes Africa at the first-ever Global Citizen Festival in South Africa late 2018, while accompanying D’Banj, who he styled, and who performed before the thousands present that day.

Jerry’s love for fashion started at a young age as he and his family traveled a lot from city to city, wearing clothes of the locals they visited. He was, however, driven to turn his passion into a career in order to make money and fend for himself after the death of his father.

Though he came on the scene at a time when fashion styling wasn’t very popular or respected in Nigeria, he, however, took the risk, turned it into a money-spinner, and today, he’s very grateful for how the industry has grown and where it has led him.

Proudly flying the country’s flag on the international scene is Nigerian-born, UK-based accessory designer, Tina Ugo, CEO of Didi Creations. A luxury fashion brand famous for its luxurious hand-crafted handbags designed mostly with African fabric mixed with fine leather, it also has other models which come in glass beads with an African edge.

Tina who holds a Bachelor of Arts degree (combined honours) in Philosophy and Political Science from The University of Ibadan, and an MBA from Edge Hill University, Lancashire, United Kingdom, set up her fashion business in 2005 after a brief stint in the corporate sector.

Didi has also showcased her Collections in some of the Worlds fashion Capitals including London, New York, Paris, Hong Kong, Lagos and Nairobi.

The Brand is currently incorporated and based in the United Kingdom, with a flagship store in Lagos, and plans for more stores across the Globe.

Ace photographer, artist, and publisher of Mania Magazine, Kelechi Amadi-Obi is a major force to reckon with in the creative scene in Nigeria.

He has been described as one of Nigeria’s groundbreaking celebrity photographer, who paved the way for today’s young photographers to thrive.

His work in photography and visual art has earned him international recognition, and he has been credited with putting Nigerian photography on the world map.

A lawyer by profession, Mr Amadi-Obi abandoned the wig and gown for the arts.

Later, he grew more interested in the art of photography and eventually, after long years of practice, became a founding member of the Nigerian photography collective, “Depth of Field.”

A lot of his works have been featured in exhibitions within and outside Nigeria, some of which include; 2006 “Snap Judgment” New Position in Contemporary African Photography, International Centre of Photography, New York, USA, 2005 “Depth of Field” amongst others.

His works have been exhibited at the Lagos Photo Festival, Didi Museum, South London Gallery, UK, 2004, “Lagos” Ifa Gallery, Stuttgart, Germany, 2003, “Transferts” Africalia, Brussels, Belgium. He has a number of awards under his belt including the St.Moritz Style Award for Photography in 2004. Amadi-Obi’s works have been offered at auction multiple times, with realized prices.

Amadi-Obi has been in the photography industry for over two decades. He is internationally renowned for both his photography and paintings, and continues to stand out with his dynamic and result-oriented photography for his clients.