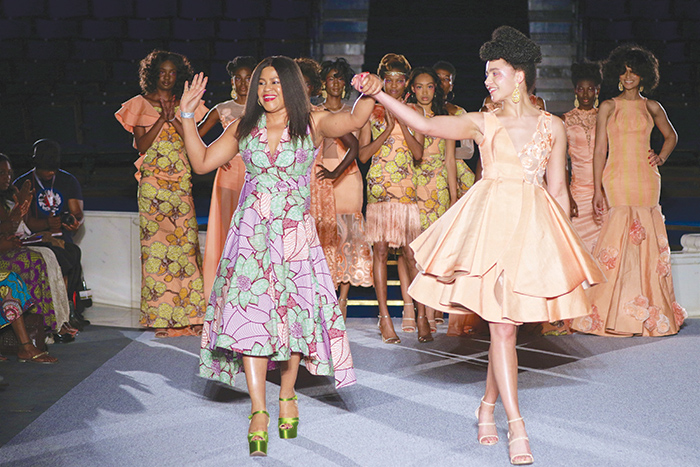 Bold prints, razor-sharp tailoring and show-stopping dresses in figure-sculpting silhouettes reigned supreme as London’s finest fashionistas, fashion journalists, buyers and observers once more converged on the city’s capital for the 7th edition of the Africa Fashion Week London (AFWL).
This year, the annual event which had held at the London Olympia for three consecutive years moved to the Freemasons’ Hall in Central London. Freemason’s Hall is one of London’s Top 10 film locations and has featured in several Hollywood blockbusters; it has also played host to the London Fashion Show each year.
For two days, 11th and 12th August, it was a fashion carnival of some sort in the city as it played host to the international designers who traditionally flock to the AFWL. The City of London is currently home to many of the most exciting design talents from Africa and Europe.

DAY ONE:
Day One kicked off on an exciting note. The exhibition area and food section boomed with activity as people hurried to savour cuisines from different parts of Africa while sampling clothes and beautifully hand-crafted accessories at exhibition stands. Inside the main hall featured a set of collection by ‘Tour Nigeria’ designers, a segment sponsored by the Nigerian Tourism Development Corporation (NTDC) as a way of projecting and promoting Nigeria’s tourism industry through fashion. It featured solely Africa-inspired collections by some established Nigerian designers: Regalia, Kola Kuddus, Maufechi, Bijelly, Goodwin Green and more.
The highlight of Day One was the debut of Moremi Collection by Nigeria’s iconic designer, MonAmi. The collection projected royalty, portraying womanhood and power with celestial clothing; using capes made with some of the finest and quite colourful African prints. 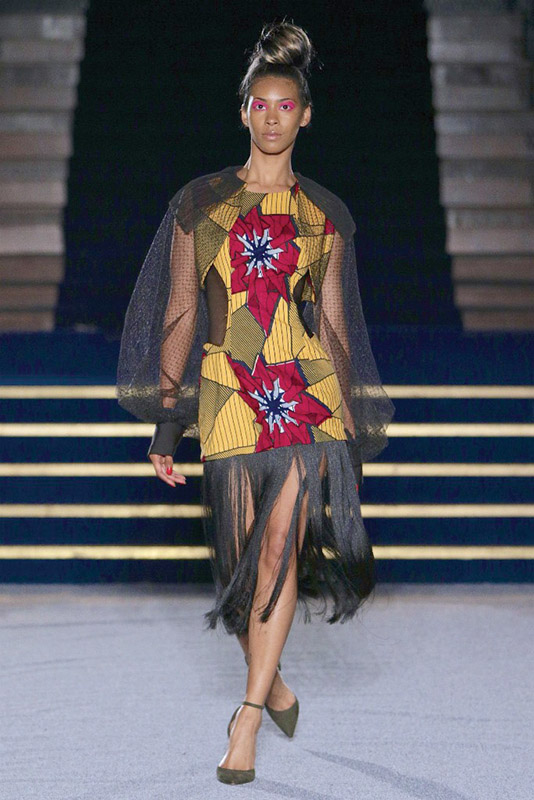 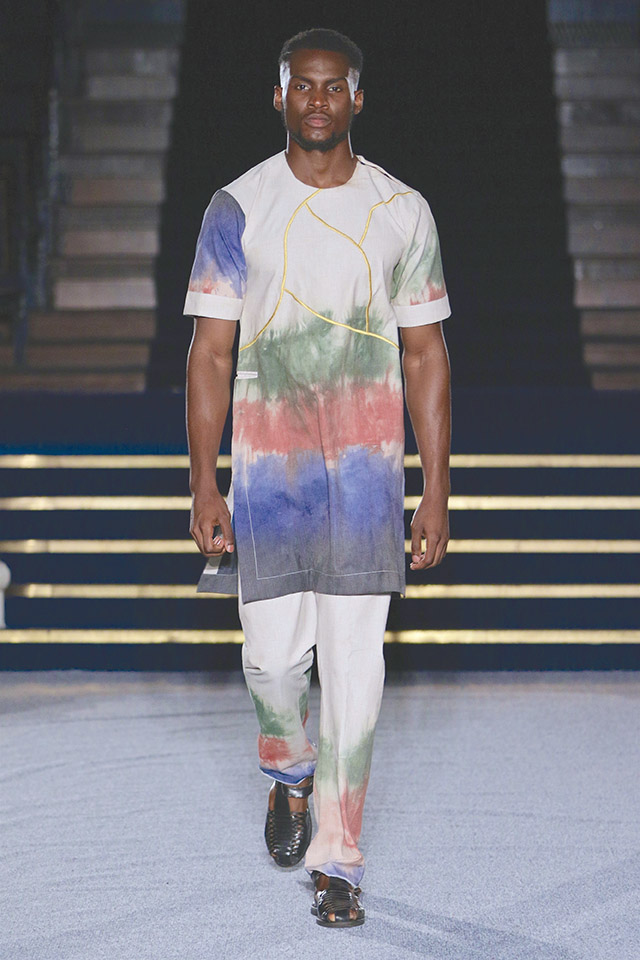 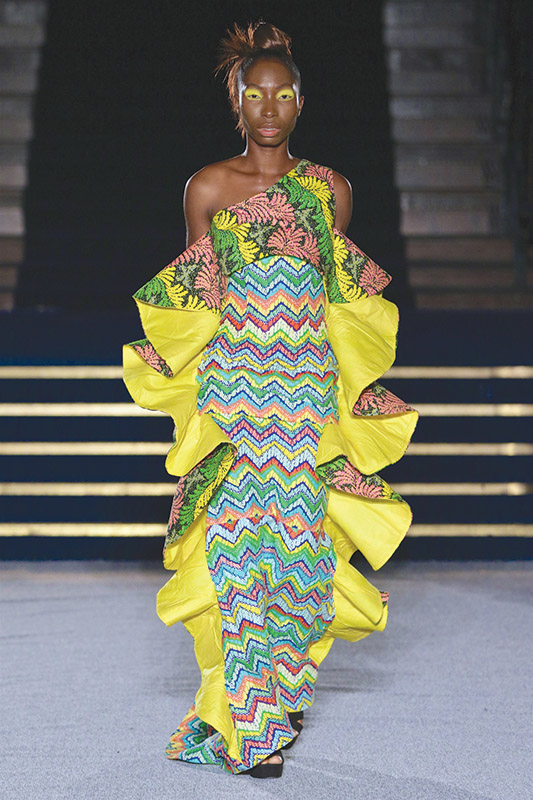 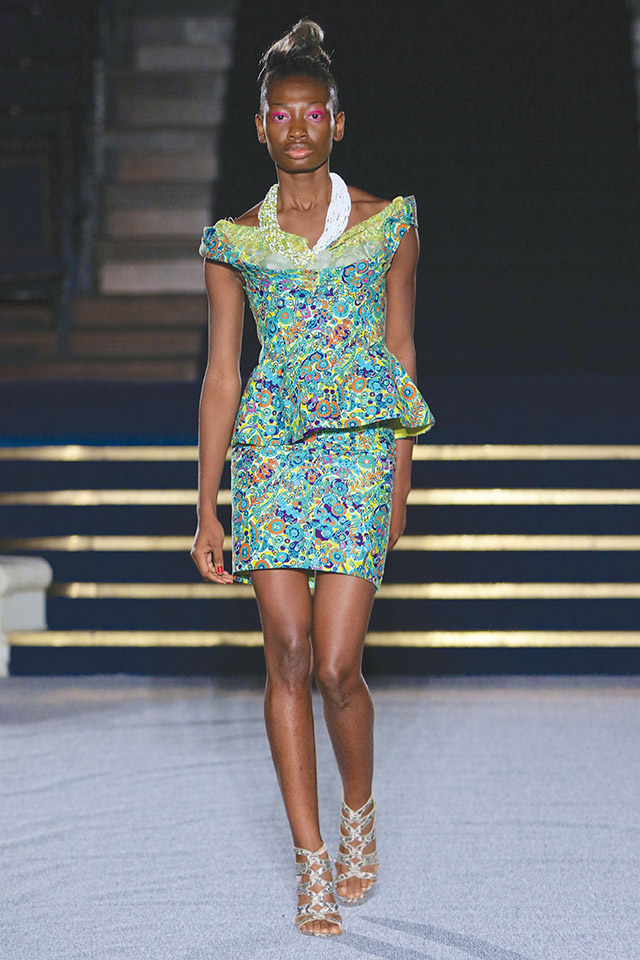 DAY TWO:
From Tubo’s all-red see-through dresses, Signature Secrets’ studded kimonos and drapers to Mary Martins’ Victorian look, Day Two designers turned out collections that were interesting and beautiful; awash with trends that attendees will try next season.
For Soboye, it was a celebration of humanity. The London-based designer sent models down the runway in African print kimono with a fusion of African textile, Japanese and Indian fabrics, displaying all that celebrates humanity and world cultures.
Mary Martin returned this year with an exciting line of tulle, designed in Victorian style dresses and head wraps in exaggerated formations. A collection inspired by artefacts and royal queens of ancient Benin in Nigeria, with the queens hiding under the outfits.
One of AFWL favourite designers, Caesar’s Couture, after a spectacular performance last year, returned with a more dramatic catwalk show, sending male models down the runway in dapper wedding looks for today’s groom and the groomsmen. The designer brought this year’s event to a spectacular end as he took a bow with Nigeria’s R&B star, Timi Dakolo, who came on stage singing one of his greatest hits ‘Great Nation’ to the delight of the audience.
Organised by Ronke Ademiluyi, AFWL has witnessed the evolution of African fashion and culture with participating brands gaining global acceptance over the years. With Nigeria at the forefront of this year’s event, the show naturally had a large turnout of royal fathers, government personnel and major players in the industry. 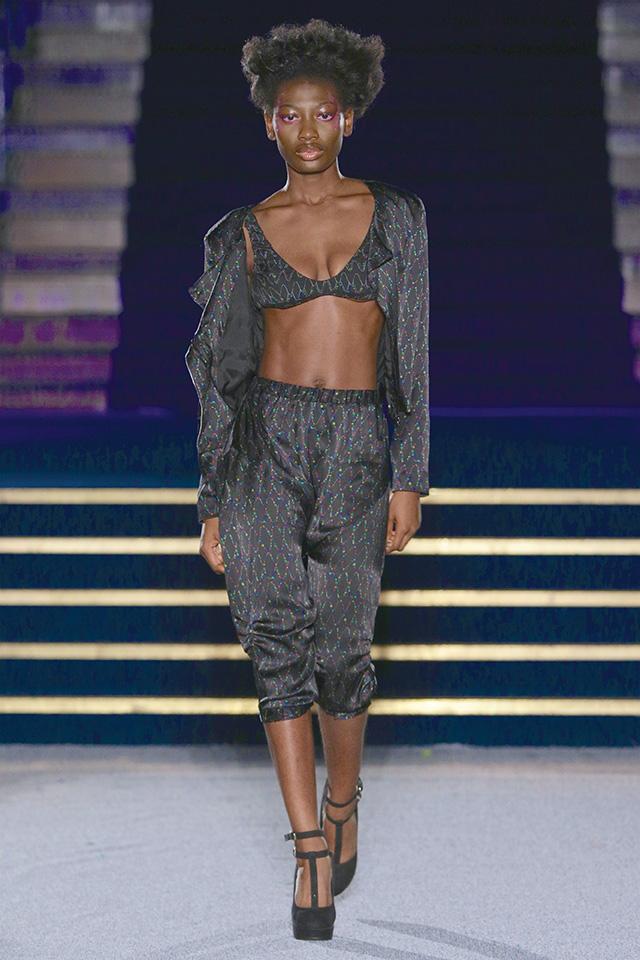 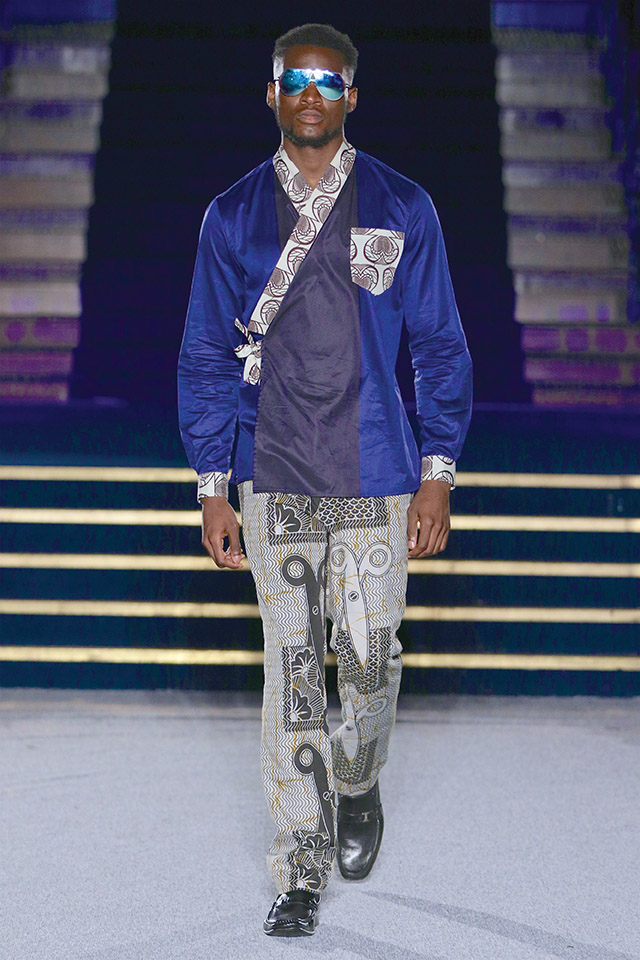 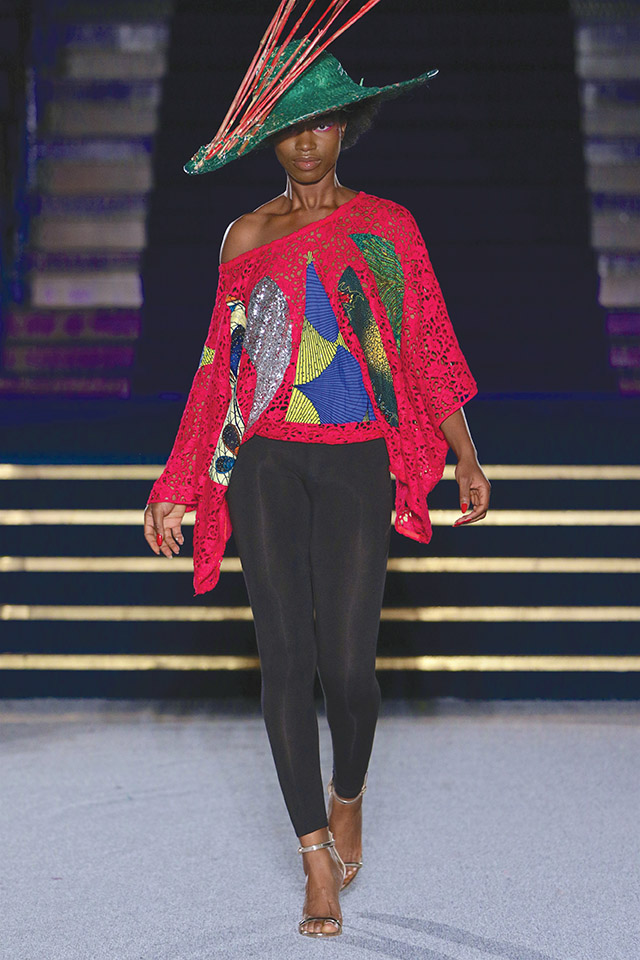 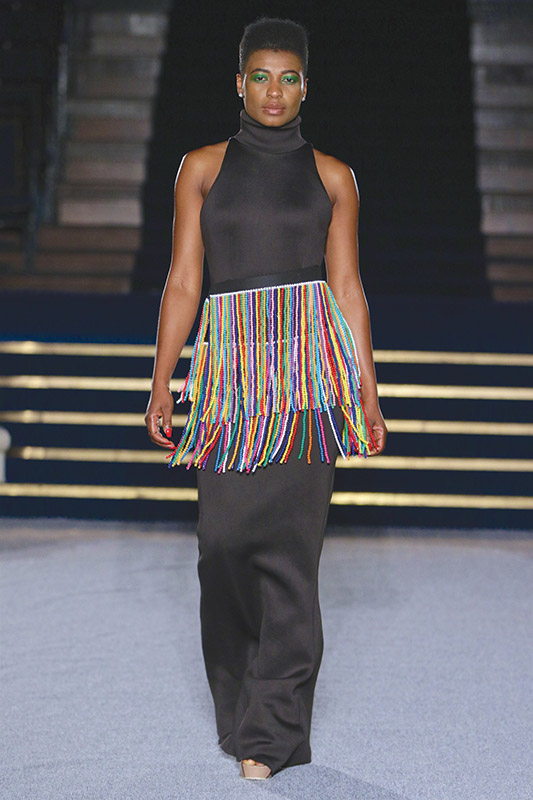 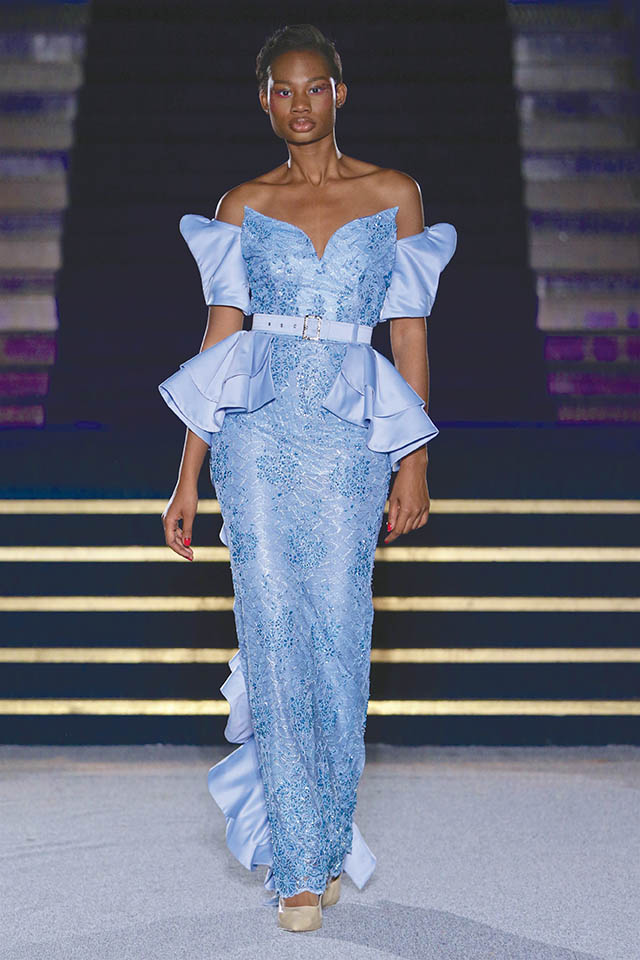 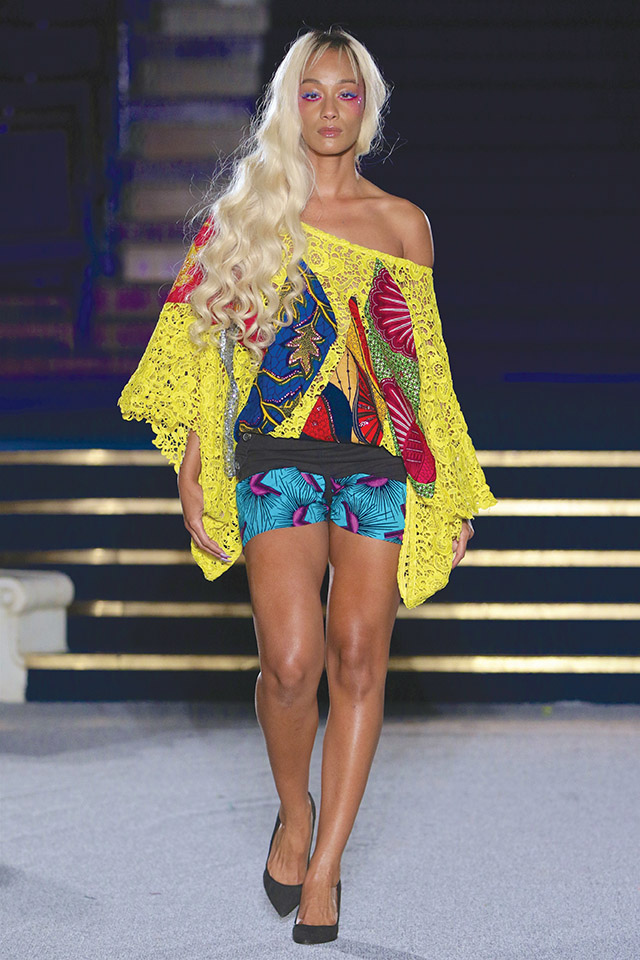 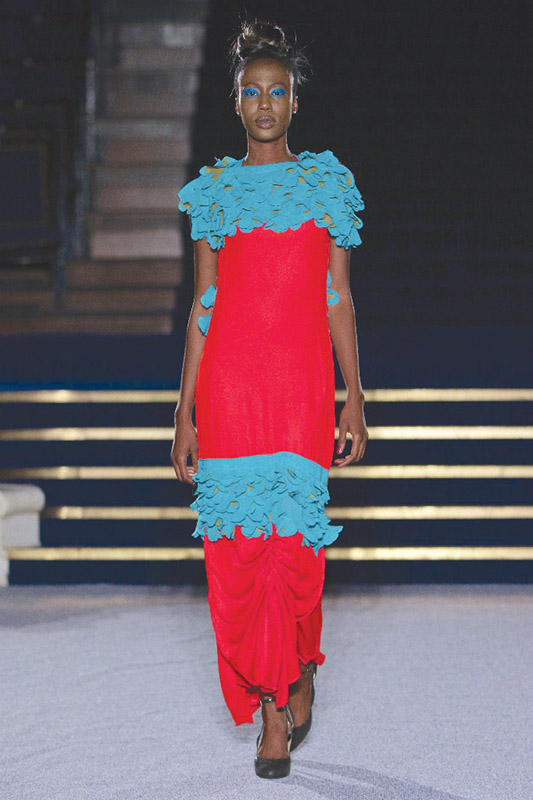 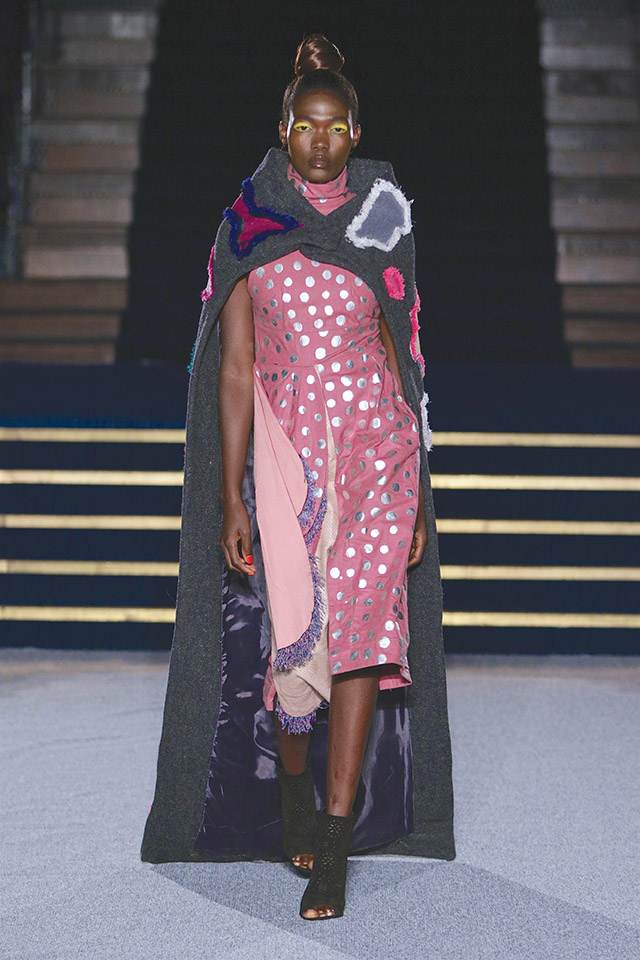 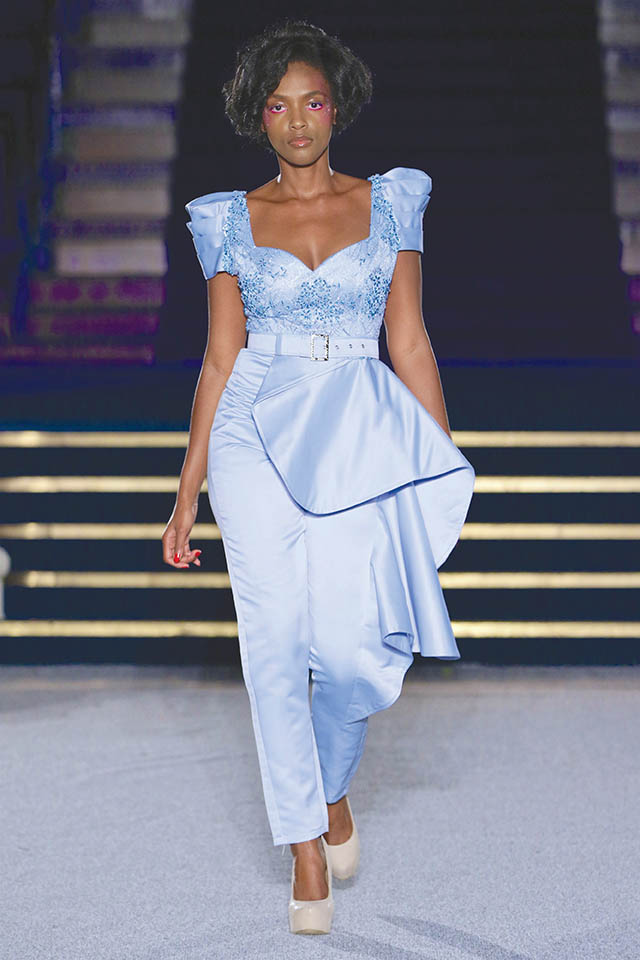 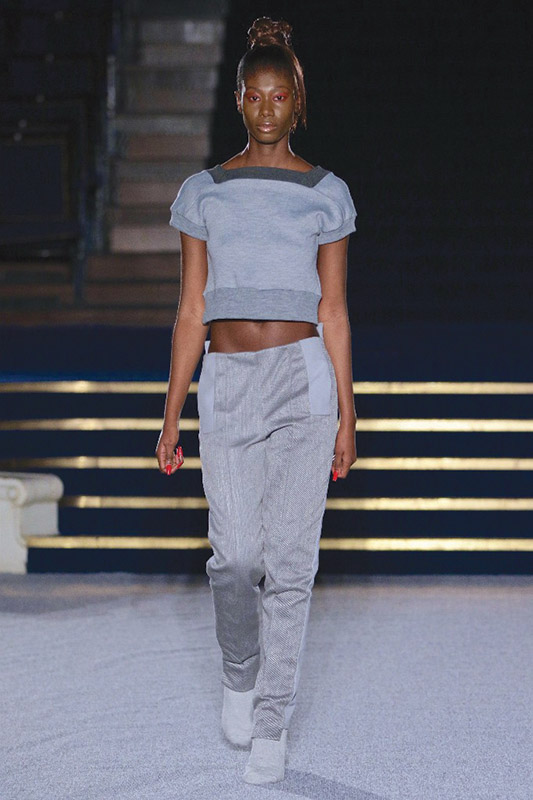 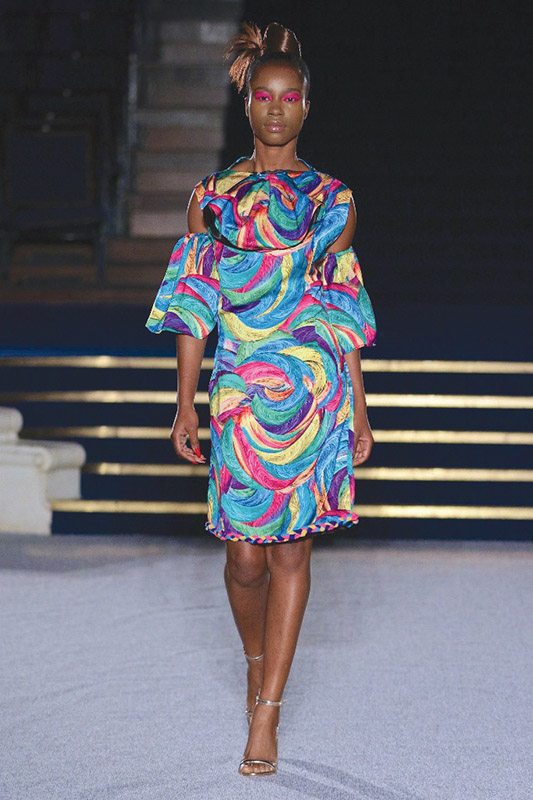