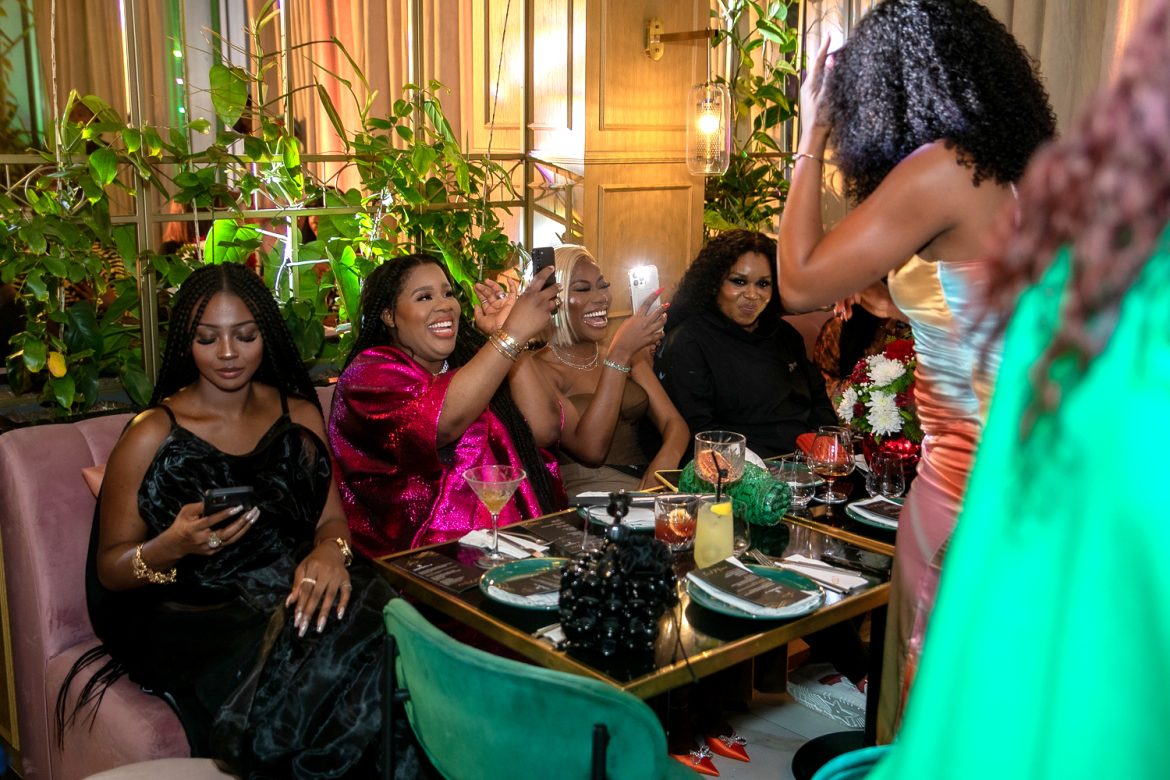 Following the unveiling of her limited edition lipstick to an audience filled with pro makeup artists, beauty enthusiasts, and press, the queen of Afrobeats- Tiwa Savage partied the night away on Saturday, September 17th, 2022 with celebrity friends, socialites, and a handful of gen z stars at Kaly Restaurant, Victoria Island to celebrate her historic feat as Africa’s First MAC Maker.

Kaylah Oniwo and EnioluwaAdeoluwa kept the vibrant guests captivated as the hosts of the night. They led fun games and mingled with the guests who vibed in between meals to electrifying sounds from DJ Big N. It was content creation, Heaven, as there were numerous photo spots starting from the moment the elevator doors opened. There were flower mirrors with Tiwa Savage lyrics leading into the beautiful restaurant which had a glamorous setting with MAC x TiwaSavage branded gold throw pillows and a luxurious stage.

On the patio, there was a beautiful make-shift MAC store, a MAC x Tiwa Savage recording booth, a lit-up photo wall, and the Tiwa Savage lounge where she unveiled her lipstick to the cheering audience. Attendees were treated to a posh three-course meal and nonstop bubbly and cocktails.

When the queen of afro beats arrived, she thanked everyone for coming out to celebrate with her and stated that “no other continent represents all shades and as black women, we consume cosmetics especially MAC so much so for me, it’s not just about being a MAC Maker, it’s about opening doors. This is the beginning. I want this to do so well so we can have other MAC Makers out of Africa. Not just myself. There are other MAC Makers from other continents so we should have one come from the East, West, North South representing the whole continent. I’m so happy that MAC has finally given us a voice. I also chose red because even though I’m a nude person, I wanted to choose a color that pushes me out of my comfort zone, I spent two years creating this shade so I’m so honored and so happy. Tonight is not really about celebrating me. It’s about celebrating all of us and our voice is heard as an African woman, this is about the whole continent and I’m really grateful for MAC choosing me to be the first MAC Maker but certainly not the last.”

One highlight of the evening was Tiwa’s friends showing her love and buying multiple limited edition lipsticks to gift to others. Fade Ogunro, Tolu Bally, Chalya Shagaya, AkunnaNwala-Akano & Taymi B led in the number of purchases. 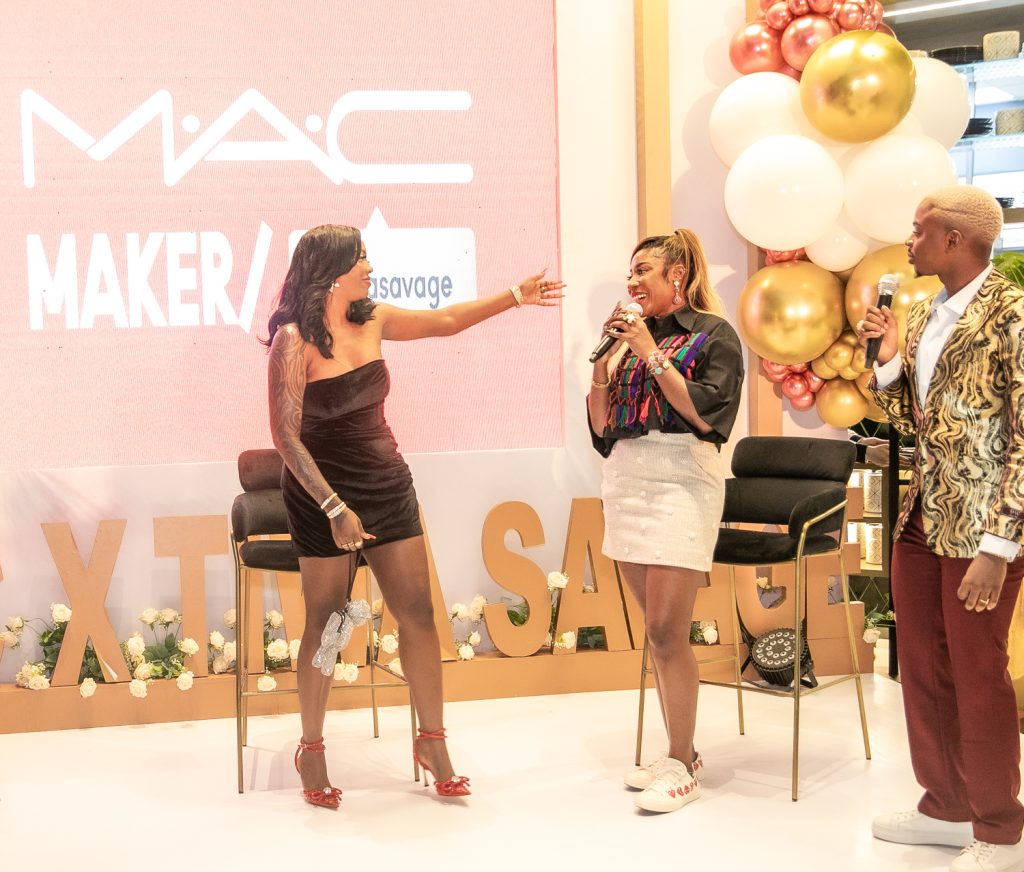 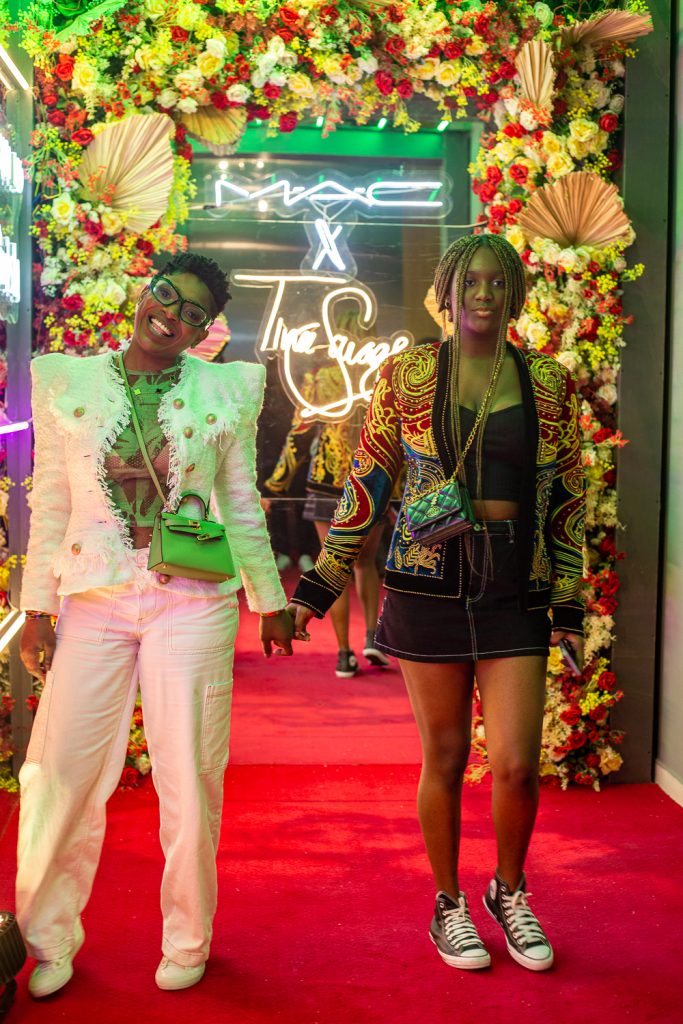 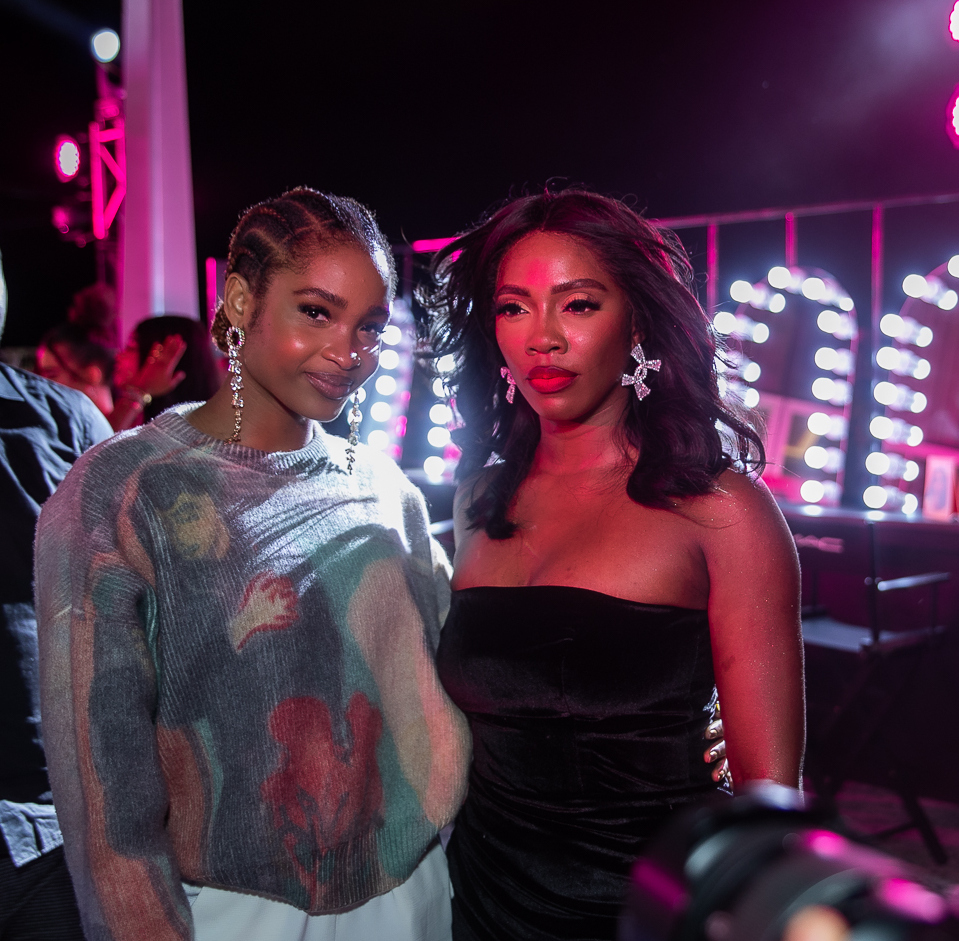 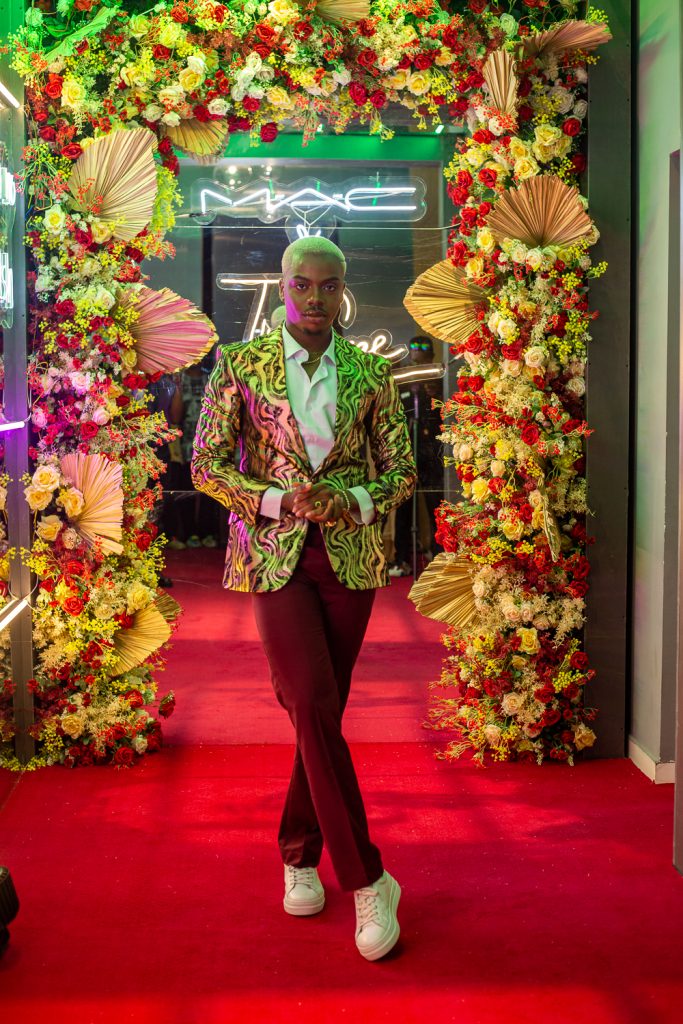 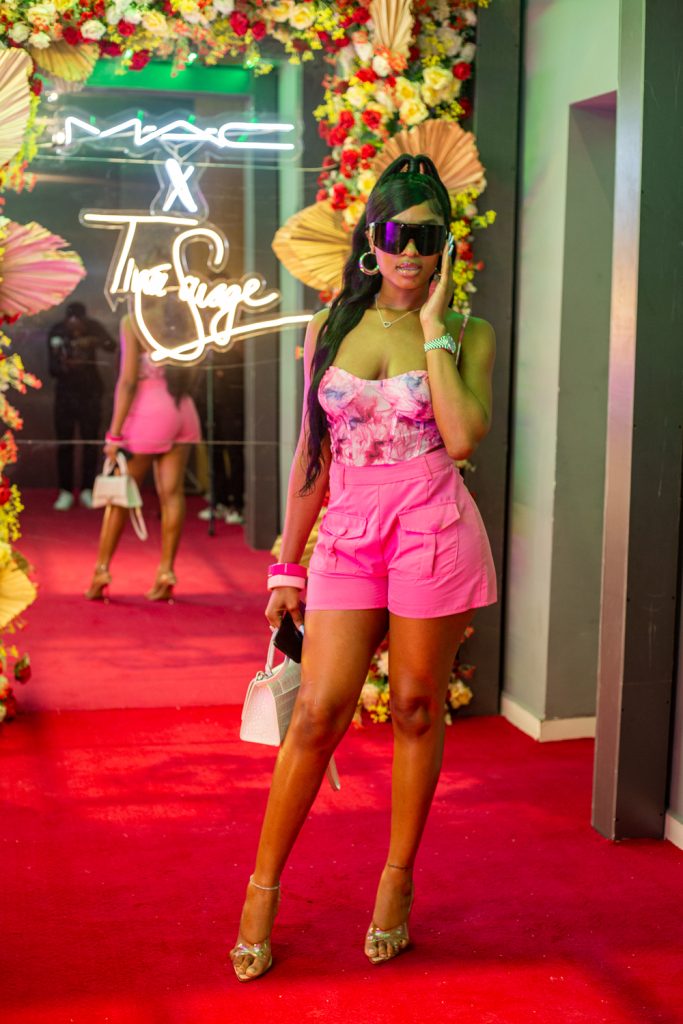 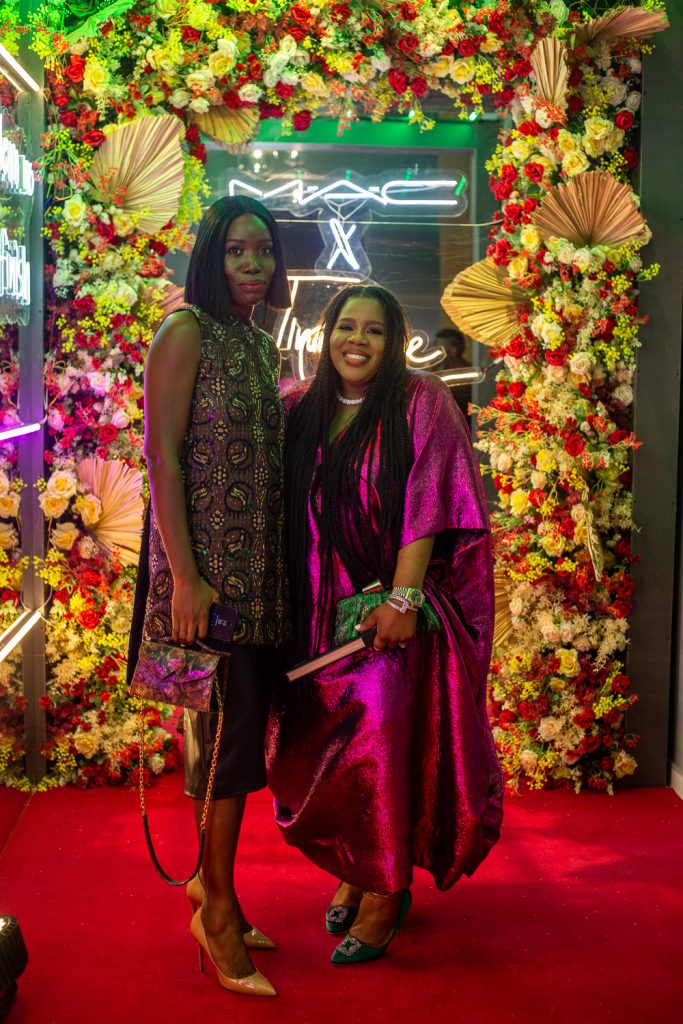 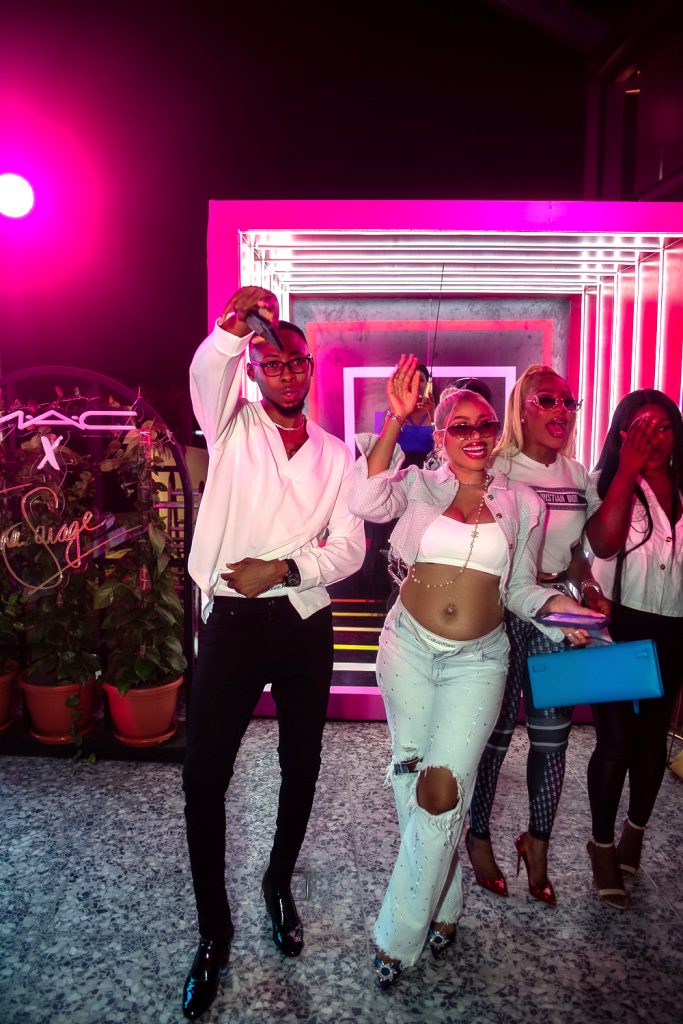 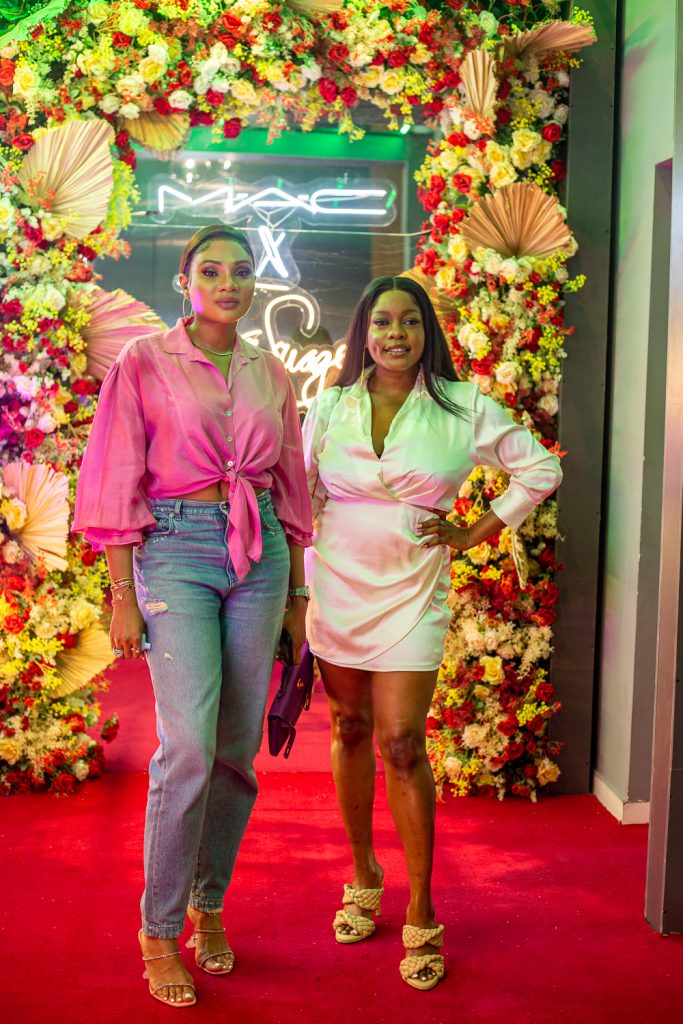 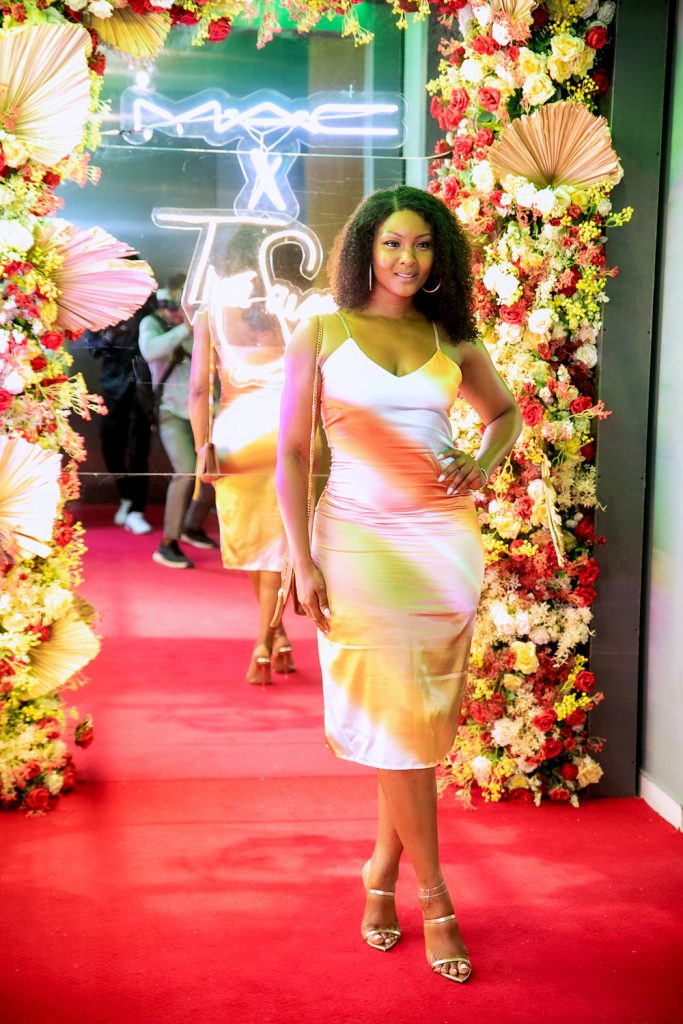 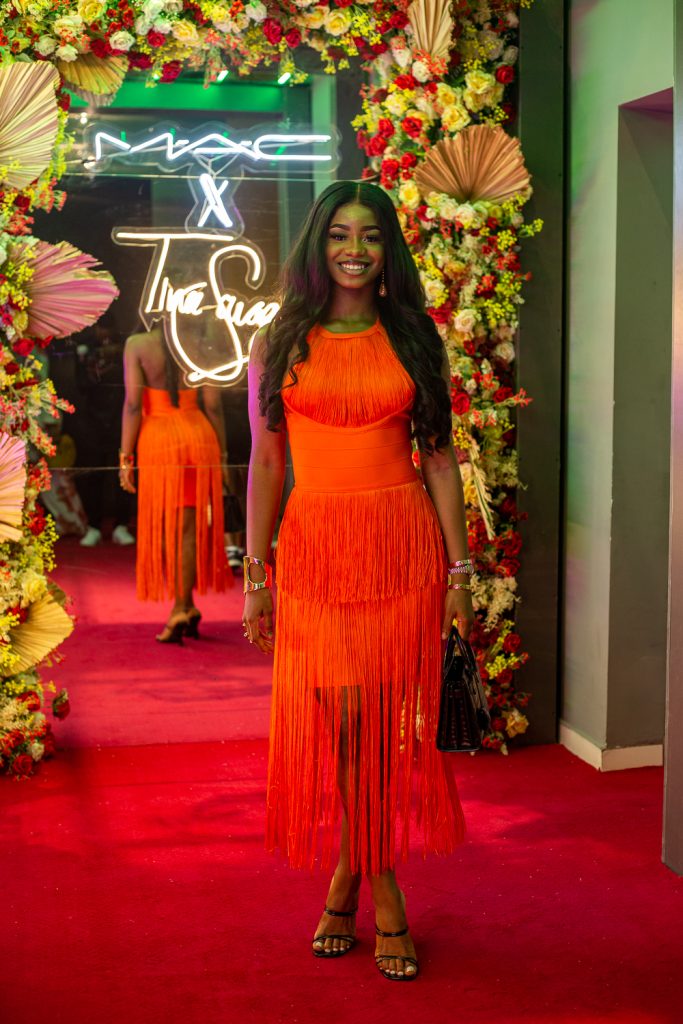 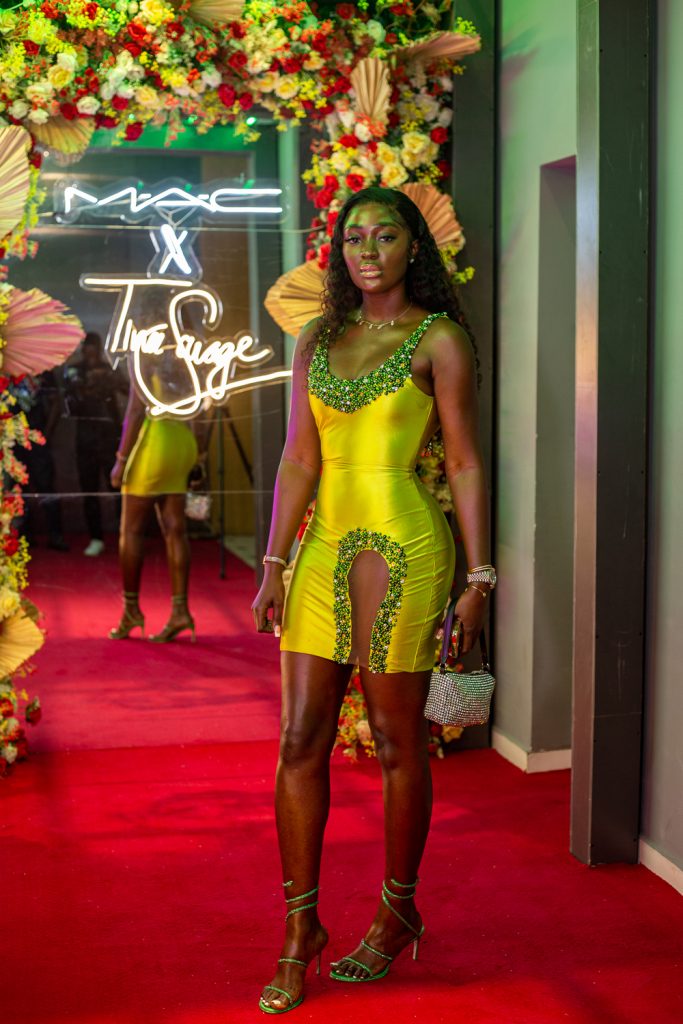 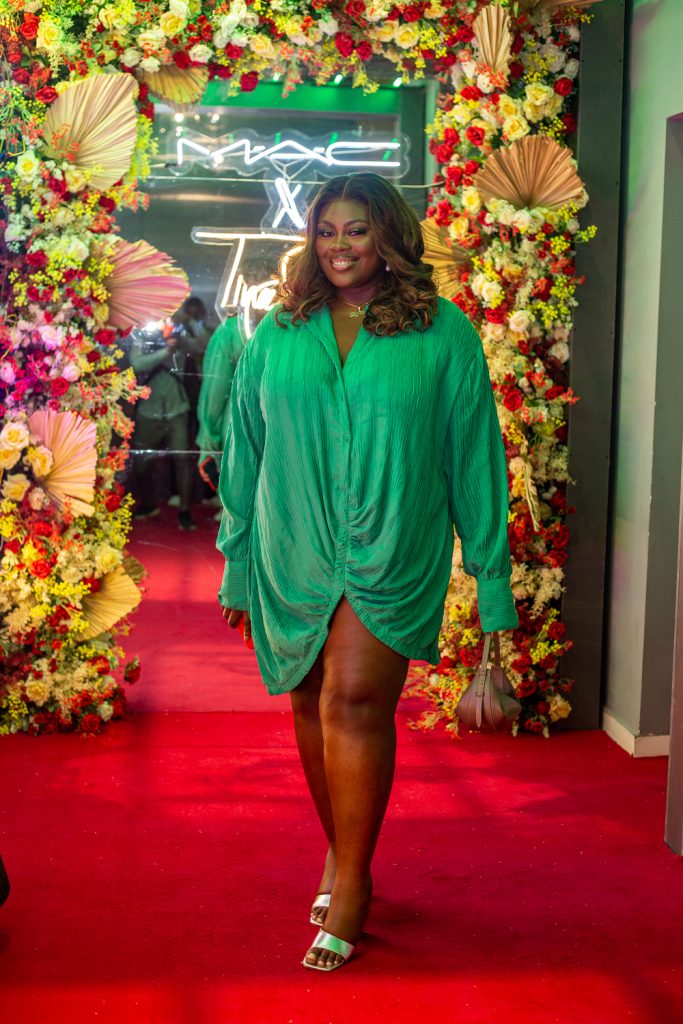 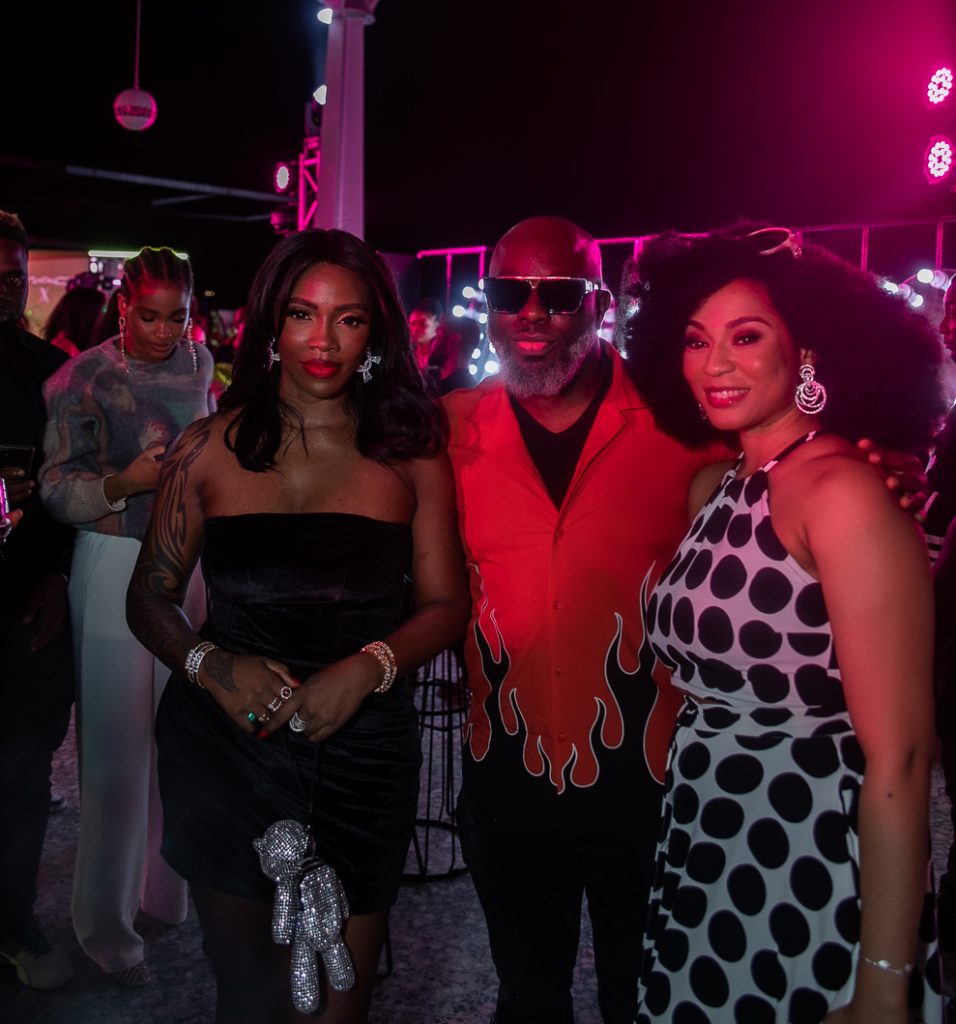 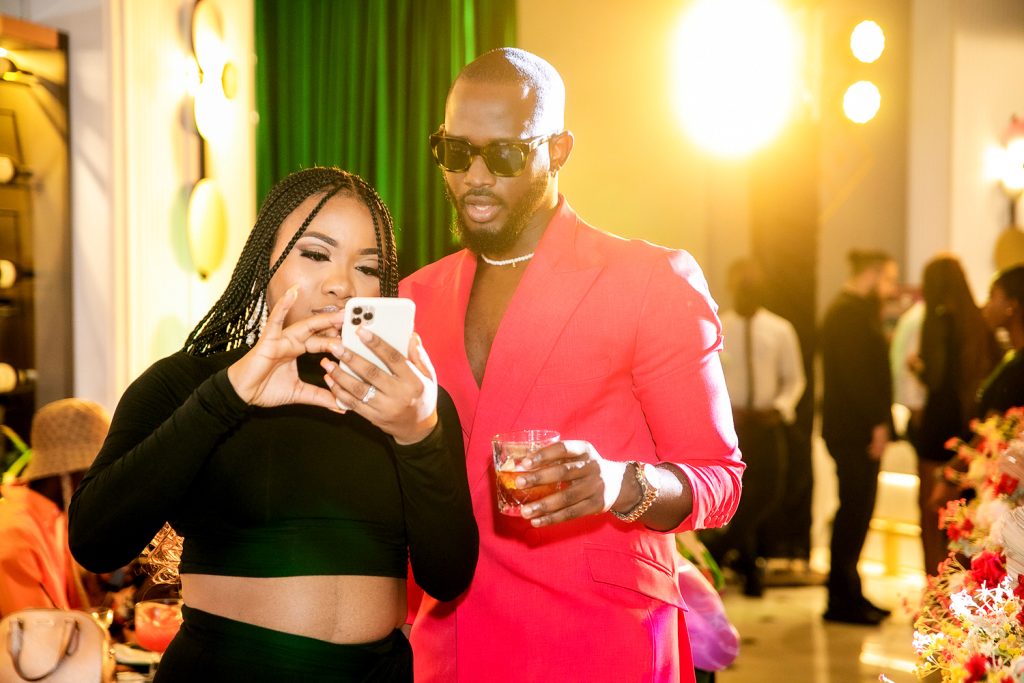 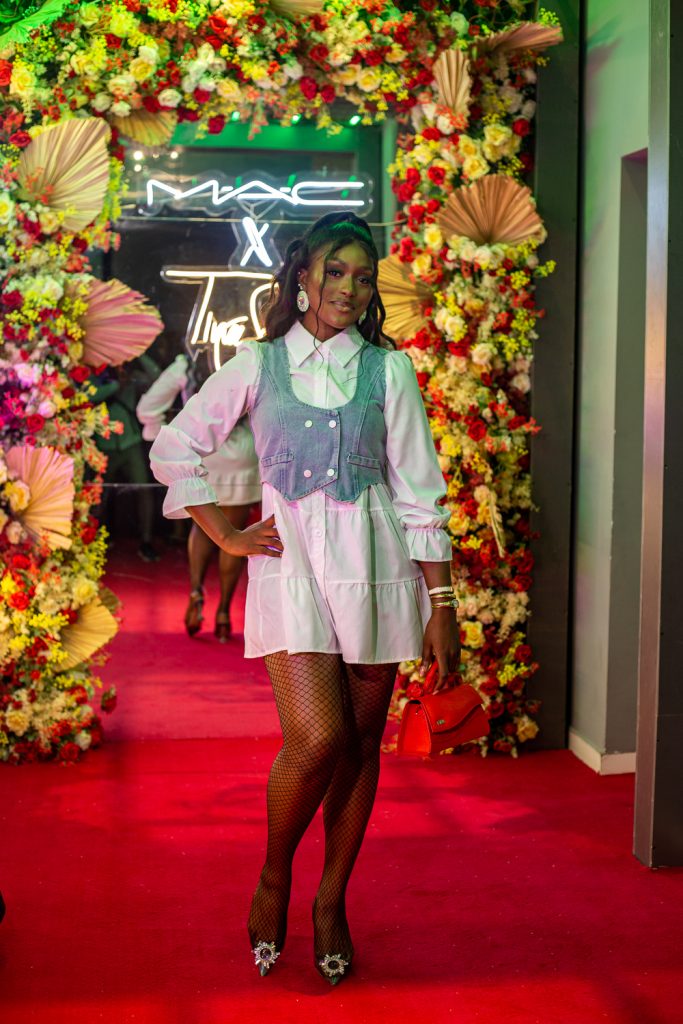 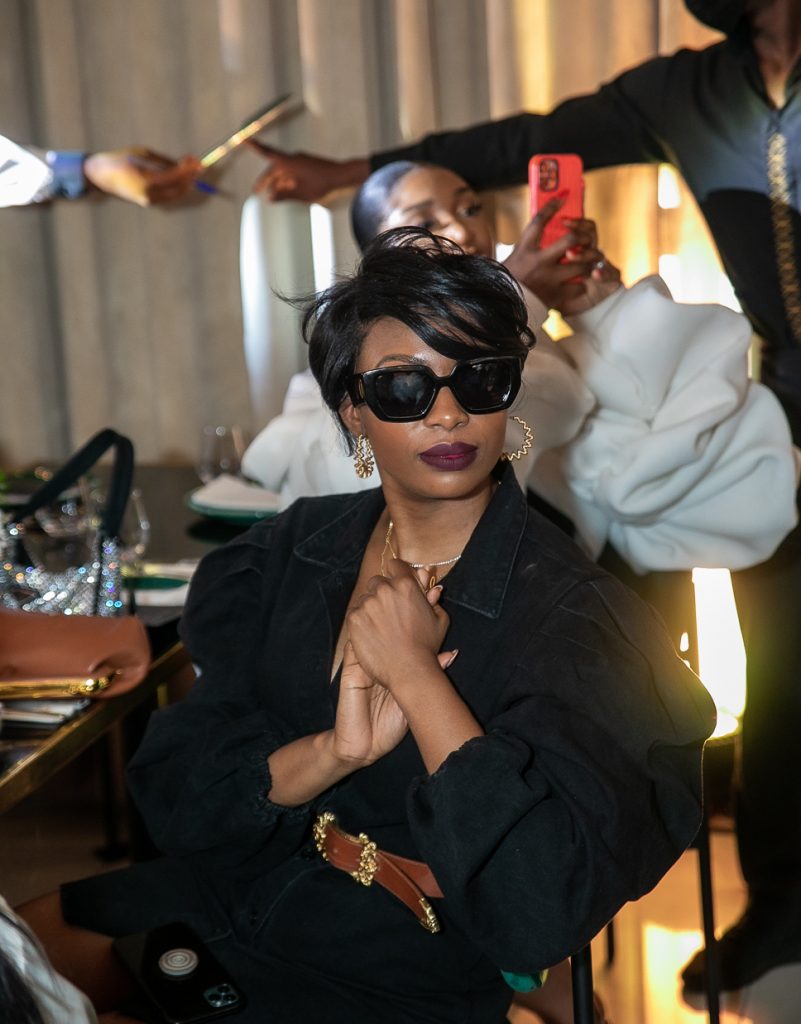